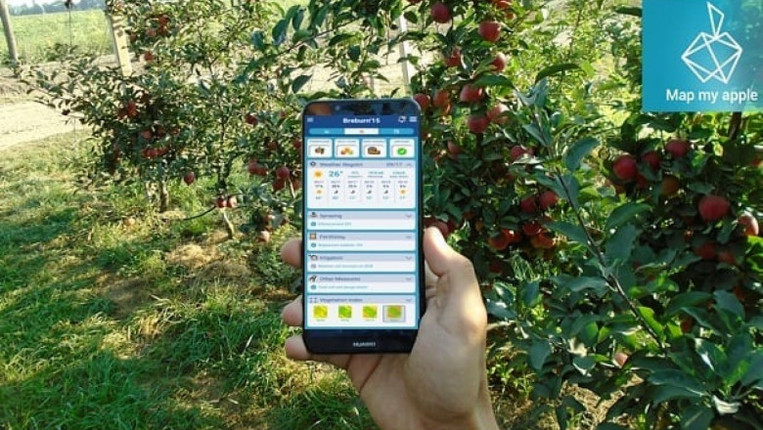 Agroinnovations: A mobile app which helps apple growers around the world

Commercial orchards are often a patchwork quilt – blocks with different cultivars, planted in different years. Varieties have different schedules with various bloom times and harvest times. A disorganized grower risks getting lost in all of those details.

MapMyApple, a smartphone application that’s new in the, promises to help growers stay on top of what’s happening in their own orchards.

Available through Google Play – and, developers say, soon the iPhone App Store – MapMyApple is free for a 30-day trial period. Users pay a monthly subscription fee for continued access. So far, the app has roughly 1,500 downloads.

Although the app was developed in Europe, Fresh Agriculture Technologies is a startup company incorporated in San Francisco, and MapMyApple is also being marketed to growers in South Africa.

Marketing Manager Jovanna Dordic said the app makes suggestions based on growers’ input. Growers manually enter data about tree thickness, year of planting, apple variety, soil composition and location. Algorithms and machine-learning technology develop daily suggestions that are reviewed by the staff before being sent on to growers, she said.

Currently, the application is specific to apples and doesn’t translate to other tree fruit such as pears or peaches, she said.

CEO David Blazevski said he developed the app in part due to his experiences on a small family farm in Serbia. His family, who grew apples as a side business, would often use a variety of sources – social media, friends and neighbors – to plan harvests, sprays or other time-sensitive orchard work.

Those decisions were important, he remembers, and professional opinions were expensive. It would cost 90-100 Euros to pay for a field visit from a professional agronomist.

“That’s what’s been implemented so far, and it’s been tested, and we’re continuously improving the recognition system … making it more precise,” he said. They continue to talk to growers about what their concerns and priorities are. “It’s fun to sit together and see what we can improve even further.”